Some Protesters on Monday took to the US Embassy, Abuja, demanding an investigation into the link between ex-Vice President, Atiku Abubakar, Timi Frank and some Peoples Democratic Party (PDP) chieftains with Raymond Abbas Igbalode, popularly known as Hushpuppi. 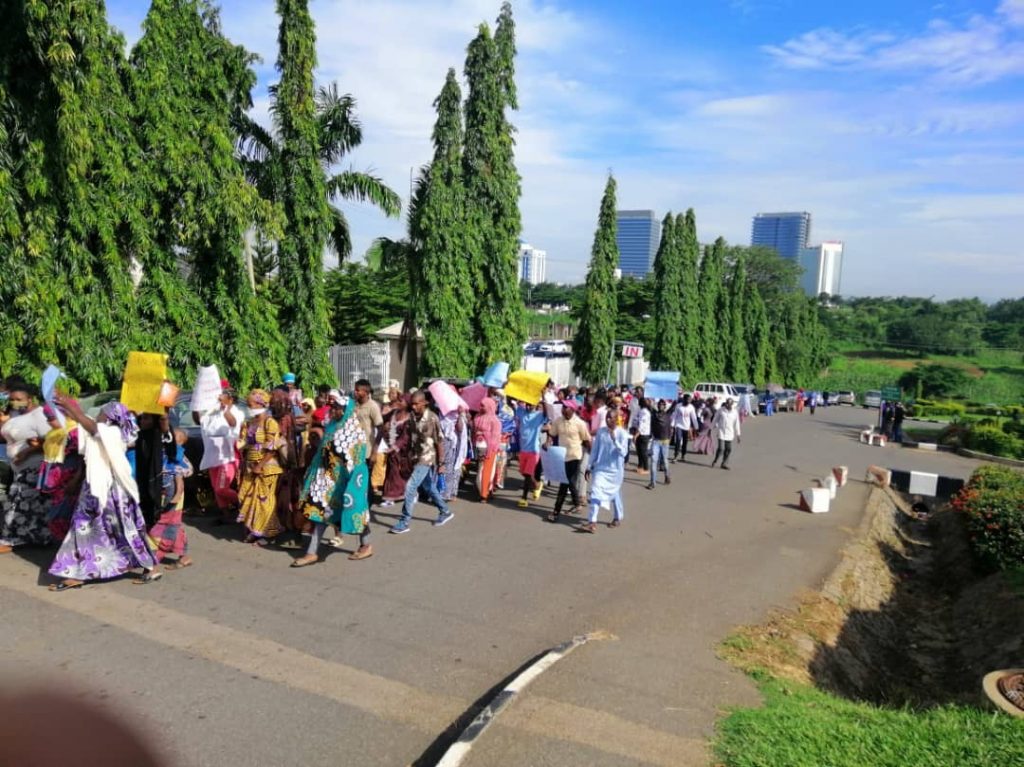 The group, under the aegis of Concerned Citizens Forum (CCF), seen in their numbers held placards calling for the arrest of Atiku, Melaye and other PDP members linked to the fraudster.

Some inscriptions from the placards read: “Say No to fraud, Interpol act now”, Interpol act and arrest Dino Melaye”, “Show me your friend and I will tell you who you are”, “FBI should investigate Atiku Abubakar,” amongst others.

They also submitted a letter to the US Ambassador and the Federal Bureau of Investigation calling for a thorough probe of Hushpuppi’s political allies in the PDP. 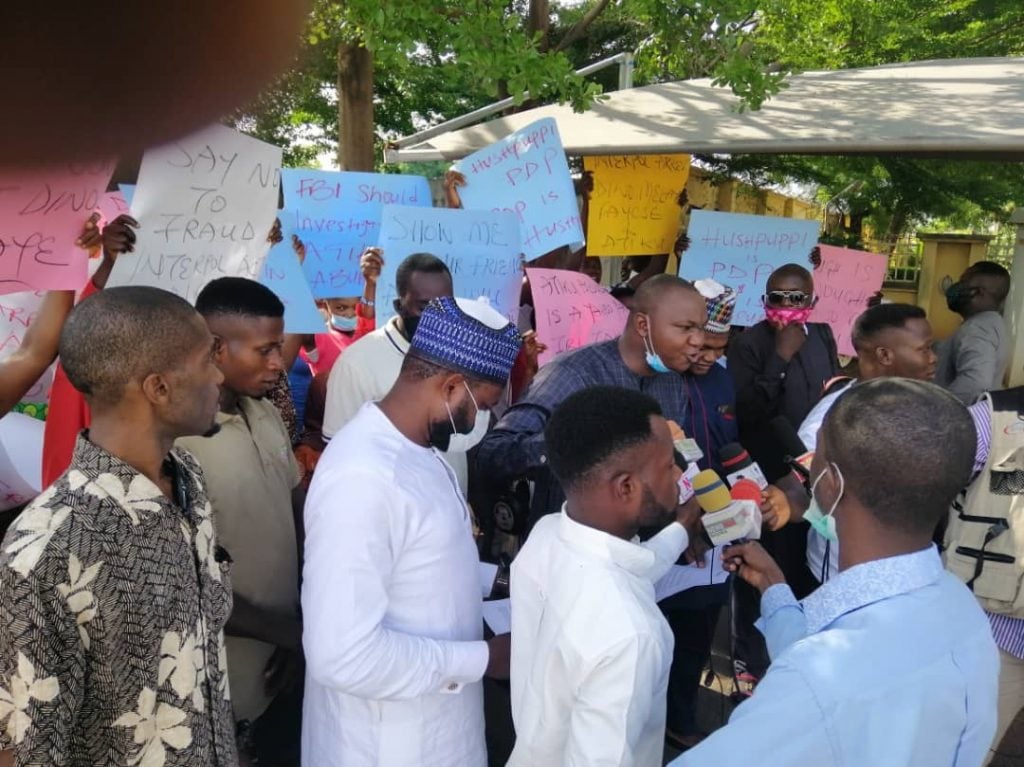 This is coming after the All Progressives Congress (APC) had alleged “criminal conspiracy linking the top PDP members to Hushpuppi.

In the letter, Matazu called on the US to investigate the connection between PDP high profile Chieftains and Hushpuppi.

The group claimed that ex-Vice President, Atiku Abubakar’s frequent trips to Dubai prior to 2019 presidential elections may not be unconnected to Hushpuppi.

They asked the US to go after Atiku, Dino Melaye, Timi Frank and other PDP stalwarts who through their associations with Hushpuppi may have helped to launder the proceeds of crime.